Skip to content
Public Works Tasks – It’s What You Do

I recently took a trip to visit five of our Colorado County customers. Each county does things a little differently, but one thing is the same – they manage a lot of road miles, and they use Tasks in PubWorks to help them track their maintenance.

A Task in PubWorks, simply put, is the type of work performed. The PubWorks Job Costing Core is designed so users can quickly enter Tasks in any of the following: Daily Activities, Crew Activities and Route Activities.

Here are the five counties I visited: 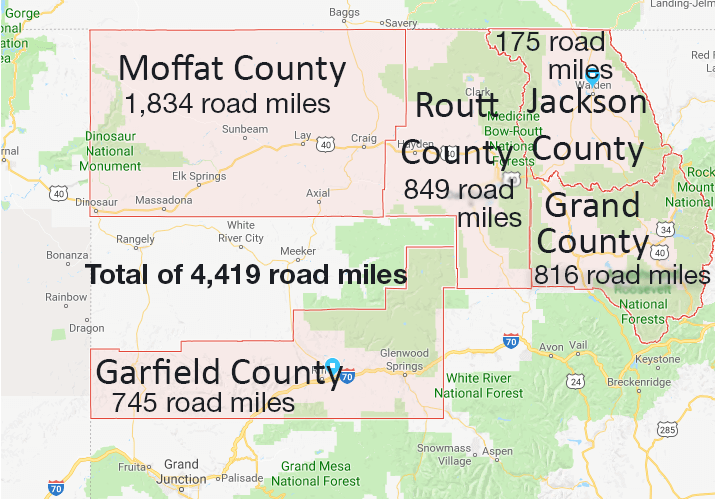 As you might imagine, Road and Bridge employees may sometimes perform many different tasks throughout their day. In PubWorks, it’s easy to record how much time each employee is spending doing various tasks. At the end of the day, week, month or year know who did what where is very valuable information.

In Grand County, Micah Benson has two of everything. Benson stated, “I have two landfills, two airports and two fairgrounds. It’s nice to be able to track what work is done at which location. For each employee, I record what tasks are being performed throughout each day. It’s easy to pull reports to determine what each task cost us for the year.”

In Garfield County, Christi Bullock has task codes set for the different type of work done on their roads. She said, “Brush cutting, snow plowing and road grading each has their own task code. When the reports need to be created, I can tell exactly how much time we spent snow plowing during January.”

In Moffat County, Linda DeRose has a contract with the Colorado DOT to maintain three highways. She said, “It’s nice to be able to quickly pull up task reports to find out exactly how much we spent maintaining those CDOT highways and invoice them correctly.”

In Jackson County, Tootie Crowner is both a department manager and occasionally an equipment operator. She said, “We have a small staff of only 10. We’ve been using PubWorks for close to 20 years; I like that I can enter two days of work for the crew in 30 minutes. I track employee, task, hours, fuel and equipment. I can run reports for all that and that’s what the commissioners like.”

In Routt County, Geovanny Romero has his hands in every aspect of the public works department. He said, “We use Tasks to help us assign costs to roads, it’s especially helpful for generating an accurate HUTF (Highway User Tax Fund) report.”

If you think your department could benefit from using Tasks to help manage the activities of your public works department, let us know, we’d love to show you how with a quick web demonstration.